Francesco Marconi is a computational journalist and the co-founder of information company Applied XL, recognized by Fast Company’s 2020 Innovation by Design Awards.

He was previously R&D Chief at The Wall Street Journal leading a team of data scientists and computational journalists developing data tools for the newsroom.  Prior to WSJ he managed strategy at the Associated Press where he co-led content automation and artificial intelligence efforts.

Francesco was recognized by MediaShift as one of the top 20 digital media innovators, named to the 25 under 35 next generation of publishing leaders by Editor & Publisher Magazine, and nominated as a Digiday Future Leader Awards finalist. He is an affiliate researcher at MIT Media Lab and a Tow Fellow at Columbia University. His ideas have  been featured in The New York Times, Politico, Forbes, Quartz, AdWeek, Digiday, World Economic Forum, Columbia Journalism Review, Harvard Digital Initiative, Nieman Lab.

Francesco’s book “Newsmakers: Artificial Intelligence and the Future of Journalism” was published by Columbia University Press in  2020. 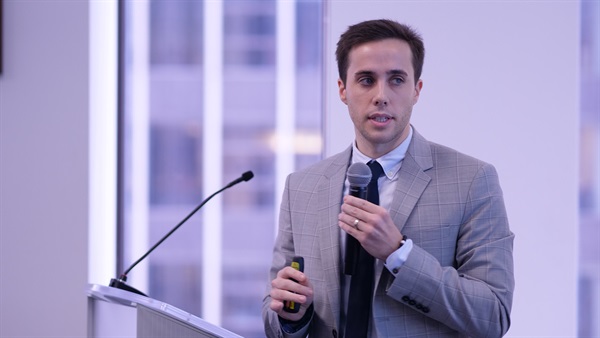